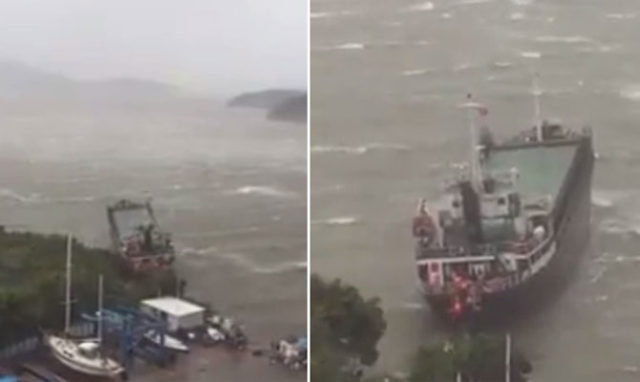 Typhoon Hato has blown several commercial ships aground off China on 23rd August. The biggest was the bulk carrier Zhang Hong No.1 (22009 gt, built 1984), which ran aground around 27 n-miles south-west of Kowloon, and another was the double hulled chemical/oil products tanker Gem No.8 (2479 gt, built 2007), which ran aground in the Pearl river estuary. Both locations were close to Hong Kong waters, and it is reported that an unspecified number of other cargo ships were in trouble due to the typhoon. There has been no information on loss of life, injuries, pollution, damage, sinkings or the wind speeds generated by the storm.