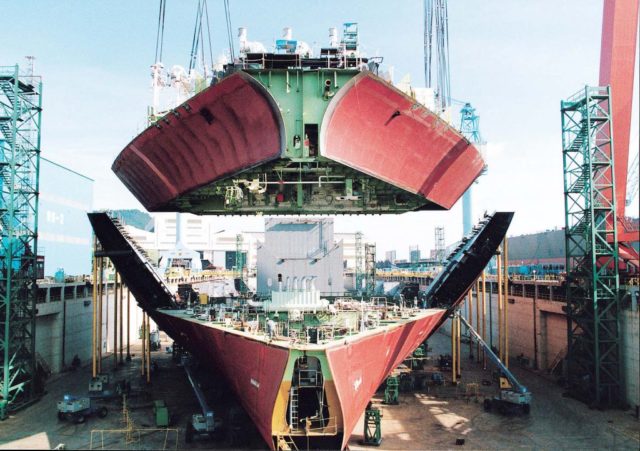 Fifteen tankers will be built at South Korean shipyards to transport the products of the Yamal LNG plant, TASS cites Russian President Vladimir Putin as saying.
“We have noted with satisfaction the successful cooperation in the energy sector: South Korean companies are participating in the Sakhalin-1 and Sakhalin-2 projects, we are working on the issue of increasing purchases of liquefied natural gas,” the report quoted President Putin.
According to him, “15 tankers will be built at the South Korean shipyards to transport Yamal LNG products.”
Besides, Vladimir Putin marked the advantages of the potential involvement of South Korean companies in the construction of infrastructure facilities in Russia, including the modernisation of Far Eastern ports and shipyards and the joint development of the Northern Sea Route.
These statements follow Putin’s the talks with Moon Jae-in, President of the Republic of Korea.

Yamal LNG is a liquefied natural gas plant nearing operational capacity, in 2017, and located in Sabetta at the north-east corner of the Yamal Peninsula, Russia. The project is expected to cost US$27 billion.